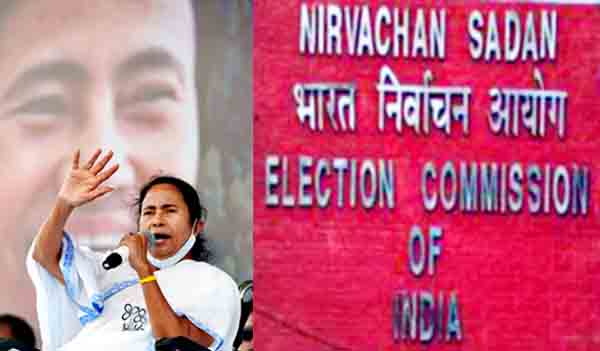 ".....[Ms Banerjee] made highly highly insinuating and provocative remarks laden with serious potential of breakdown of law and order and thereby adversely affecting the election process," the poll body charged.

The Commission sternly warned Ms Banerjee and advised her to desist from using such statements while making public utterances during the period when the MCC is in force.

The Trinamool Congress (TMC) chief had allegedly made communal remarks while seeking votes.

The complain against Ms Baerjee was raised by Union Minister of Minority Affairs Mukhtar Abbas Naqvi.