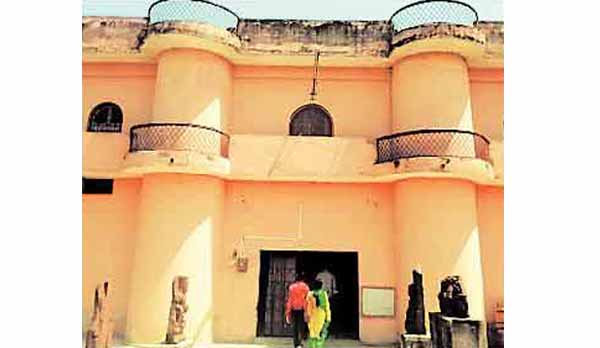 Dr. Sanjay Pyasi, Satna
At present, when the initiative to present history in a new way is going on in the whole country, the absence of governance from the Tulsi Museum, which preserves Vindhya's position, is the biggest example for neglected Vindhya. When the country was not so much aware of the archaeological importance, an effort was made to conserve the culture in Ramana at personal level in Satna. An attempt was made to protect the traces before and after human civilization. Presently, the responsibility of its protection rests with the state government.
Significantly, years ago, Babu Sharda Prasad Khatri, a philanthropist and thinker, tried to give shape to the imagination that can be seen in Kolkata's Victoria Museum and Central Library. In Vindhya, relics of Treta, Dwapara era as well as of Nag, Buddhist, Jain, Maurya, Sunga, Satavahana and dozens of Gupta period are found, which can never be removed from the pages of history. Whoever has been the ruler of this holy land whether the Chadels, Jains or Buddhists, their marks are still intact.
Late Babu Sharada Prasad, with an aim to preserve this unique identity of Vindhya, initiated the process to preserve the ancient heritage scattered in the region. The state government also took a pledge to preserve and protect it. From Orchha to Bilaspur in Chhattisgarh, his efforts to identify the ancient heritage continued throughout the life. He imagined the form of the museum. It can be estimated from this that he had reserved a plot of 31 acres for this. The research library established with the Tulsi Museum once used to have more than 33 thousand books. Some of these books were so valuable that they were considered priceless. This library of books in English, Hindi, Sanskrit and Urdu languages could have become an excellent institute for the research of Indian philosophy and culture, but due to governmental neglect, it is currently on the verge of closure.
People associated with the library said that here Babu Sharda Prasad himself had collected books and statues of archaeological importance and other material by reading, writing, contacting the dignitaries of the whole Vindhya. Excise Commissioner Purnendu Shekhar Tiwari of Rewa State donated 4 thousand books to the library, in which such books of religion and spirituality were also available, which will hardly be available anywhere.
No one is bothered
Archaeological in-charge and deputy director of this museum, Premchand Mahobia, said that new recruitment is not being done under the policy of the state government. The posts which are vacant after retirement are being left vacant. In these circumstances the arrangements of the museum are affected. In the context of budget, he said that separate proposals are prepared for development work. There is no provision of budget for maintenance. He also admitted that now the arrangement of Ramvan is not as was in the past.