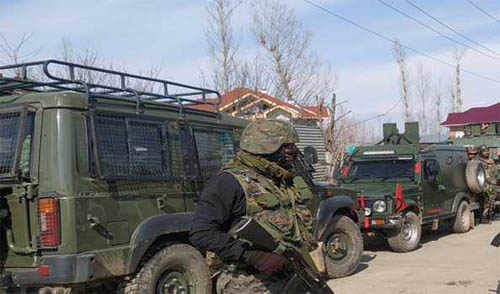 Srinagar, Apr 8 (UNI) An encounter ensued between militants and security forces during a Cordon and Search Operation (CASO) in south Kashmir district of Shopian on Thursday afternoon, a police spokesman said.
He said troops of Rashtriya Rifles (RR), Special Operation Group (SOG) of Jammu and Kashmir police and CRPF on a tip off about the presence of militants launched a CASO at Jan Mohalla in Shopian town.
However, encounter ensued after militants hiding there opened fire when security forces were moving towards a particular area.
He said operation was going on when the reports last came in. Further details are awaited, he added.