Episodes of Gita, Mahabharata, Ramcharit Manas will be included in school curriculum 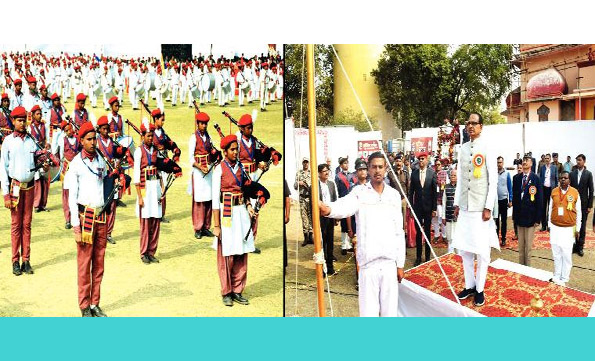 Bhopal: Chief Minister Shri Shivraj Singh Chouhan has said that books like Ramcharitmanas show us the path and guides us. The episodes of Gita and Mahabharata along with Ramcharit Manas will be included in the school curriculum. This context will be helpful in moral and spiritual education. The best manifestation of knowledge is in one’s mother tongue. The state government will make every effort to encourage education in the mother tongue by ending the supremacy of English.
Chouhan was addressing the Sughosh Darshan program of Vidya Bharti Madhya Bharat Prant, Saraswati Vidya Pratishthan Madhya Pradesh on the birth anniversary of Netaji Subhash Chandra Bose.

Netaji’s slogan energized whole country
Chief Minister Shri Chouhan said that we acquired independence as a result of struggle and sacrifice of thousands of revolutionaries. After independence, many revolutionaries were not even mentioned for a long time. Netaji Subhash Chandra Bose had an important contribution in the liberation from the British. His slogan “Tum mujhe khoon do, mein tumhe azadi dunga” energized the whole country. It was under his leadership that the Azad Hind Fauj first hoisted the country's flag.

Sughosh Darshan program helpful in increasing physical ability
Chouhan said that India is a very ancient and great nation. The efforts being made by Vidya Bharti to keep the traditions intact here are commendable. In the field of education, India has been a world leader since ancient times. The three objectives of education are to acquire knowledge, skill development and to develop the values ??of citizenship. Through the activities conducted by Vidya Bharti, students are getting opportunities to reveal their talents. Programs like Sughosh Darshan are helpful in increasing the organization capacity by increasing the tendency to work collectively along with increasing the physical ability of the students.

Be a constant learner in life
Retired Major General Shri T.P.S. Rawat said that India’s independence was not possible without the contribution of Netaji Subhash Chandra Bose. Citing the context of India's 1962 war with China, Major General Rawat said that courage and determination are necessary to face the challenges ahead.
He said that a person should be ready for the supreme sacrifice by giving utmost importance to his name i.e. his identity, his motherland and his community, organisation, country. He told the students that it is necessary to keep the desire and effort to be a constant learner in life. It is not appropriate for anyone not to try any work or to avoid the work due to the fear of making a mistake.

Students take part in Ghosh Sanchalan
Shri Madhur Sharma presented a song focused on patriotism and moral values ??in the Sughosh Darshan programme. In the second part of the program, the students paid homage to the statue of Netaji Subhash Chandra Bose in front of the Government Subhash School of Excellence, raising slogans from the venue.