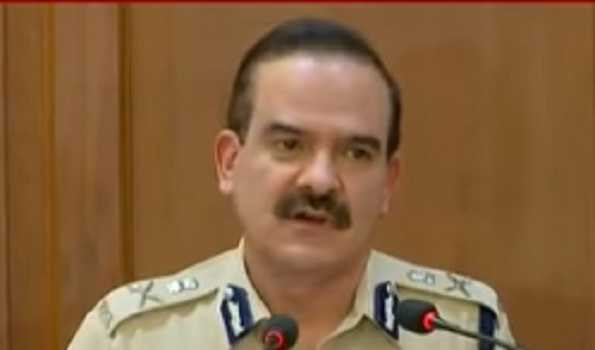 The country's second senior-most IPS officer Singh got protection from arrest after his counsel informed the Supreme Court that Singh is "very much in India".

"I am very much in the country," Singh's lawyer told the court.

Singh alleged he has been facing threats to his life from the Mumbai Police, if he enters Maharashtra and that is why he has been missing since first week of October.

Granting him relief, the apex court directed him to join the investigation, as and when required.

The court had in its last hearing asked the then absconding officer to disclose his location if he wished his petition seeking protection to be heard.

Singh moved the Supreme Court challenging the investigations initiated against him by the Maharashtra government and seeking relief and protection against his arrest in the alleged extortion case.

Singh is being investigated by the Maharashtra police for his alleged role in an extortion case.

"You disclose your whereabouts and then only, we will hear and address your grievances for seeking protection," Justice Kaul had observed, in its last hearing.

The Supreme Court was surprised when the petition was filed through a power of attorney holder and Singh's whereabouts remained unknown till November 19, the last hearing.

The Supreme Court was hearing the appeal filed by Singh, against the September 16 judgment of the Bombay High Court which had dismissed the petition filed by Singh challenging two preliminary inquiries initiated against him by the Maharashtra government.

A Mumbai court on Wednesday allowed a plea filed by the Mumbai Police to declare the former commissioner a 'proclaimed offender'.