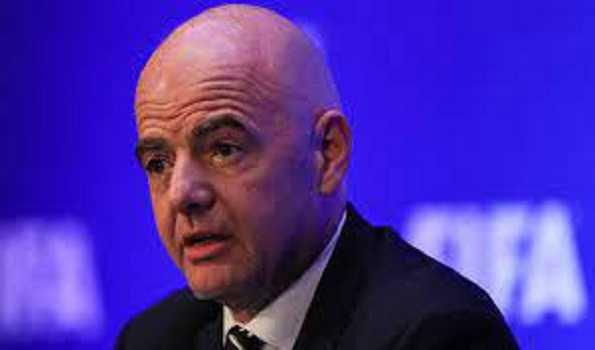 Moscow, Oct 14 (UNI/Sputnik) FIFA President Gianni Infantino has expressed an idea to hold the 2030 World Cup in Israel and some other countries of the Middle East region.

“Why can’t we dream of the World Cup in Israel and its neighbors? With the Abraham Accords, why should we not do it here in Israel with her neighbors in the Middle East and the Palestinians?” Infantino said, as quoted by The Telegraph.

The initiative of Infantino has been also confirmed by Ofir Gendelman, the spokesman for Israeli Prime Minister Naftali Bennett.

“In their discussion, the Fifa chief raised the idea that Israel would host the #WorldCup in 2030, together with other countries in the region, most notably with the United Arab Emirates,” Gendelman wrote on his Twitter page.