FIR must on complaints relating to sexual offences against women 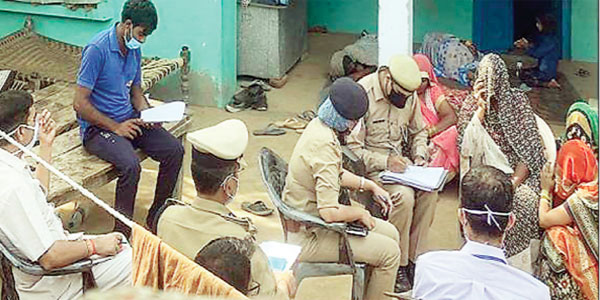 Taking cognizance of recent crimes against women in Uttar Pradesh’s Hathras and other states, the Ministry of Home Affairs (MHA) has issued an advisory to all states and Union Territories (UTs) directing them for “mandatory” police action in such cases with compulsory registration of First Information Report (FIR).

It has further warned that any failure on the part of the police to adhere to the mandatory requirements in crime against women will be inquired and necessary action will be taken immediately against the concerned officers responsible for the lapses.

The advisory says, “It is requested that states and UTs may suitably issue instructions to all concerned to ensure strict compliance with the provisions in the law”. Compulsory registration of FIR in case of cognisable offence under sub section (1) of section 154 of the Code of Criminal Procedure 1973 (CrPC). The law also enables the police to register FIR or a ‘Zero FIR’ (in case the crime is committed outside the jurisdiction of police station) in the event of receipt of information on commission of a cognizable offence, which includes cases of sexual assault on women.

This is available exclusively to law enforcement officers. Section 164-A or CrPC provides that in rape/sexual assault investigation the victim shall not be examined by a registered medical practitioner under consent within twenty-four hours from the time of receiving the information relating to the commission of such offence.

FIR must on sexual offences