Fan of Aishwarya Rai Bachchan’s fashion game? Here are the elements and colour tones that influences her style 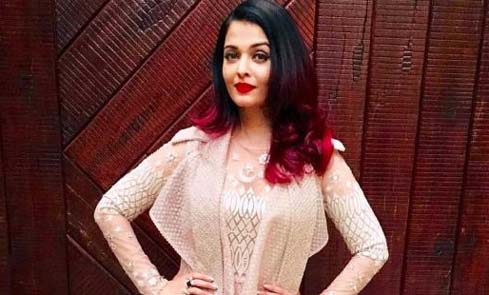 Aishwarya Rai Bachchan began her film career after she won the Miss World Pageant in the year 1994. Since then, she has come a long way. Aishwarya Rai Bachchan is regarded as one of the most popular and influential celebrities of the Hindi Film Industry. She always is the talk of the town when it comes to her fashion statements. The Hum Dil De Chuke star never fails to give major fashion goals to her fans and followers. Be it her ethnic look or western look, time and again she has made a lot of head turns by her stunning sartorial choices.
We recently stumbled upon one of her previous Vogue interviews, wherein the diva candidly spoke about the element and tones she keeps in mind while styling her look. She told the portal, “"I normally tend to lean towards palettes that are much softer, earthy tones, harmonious matches like a soft eye and bold lips, but when I come here, there's always something new and different; the looks are very forward. They're "risks", but very fashionably done. And it takes experts to do that!”
When asked if the pressure of maintaining a perfect look has ever affected her, Aishwarya opined, “The fact that I belong to showbiz forever, playing dress up has become a way of life. I keep teasing everyone on how one day I'll wear a white shirt and jeans to the red carpet! And just like art, the fashion choices you make work for some, and may not work for others. But it's nice to have immensely talented and creative people to dress me up, or you'd see me in one avatar all the time."
Surprisingly, the Dhoom 2 actor doesn’t take fashion seriously, instead she treats it like an ‘art’. Aishwarya explained, “I don't take it too seriously. I'm an actor by career choice, I enjoy fashion and treat it like art, and I have a life and family. I didn't have time to look at all the sartorial choices that the fashion industry spoils me. I just like to go with the flow and have fun with it. It doesn't stress me out."
Talking about her work front, Aishwarya on July 19, officially announced that her upcoming project, Ponniyin Selvan, will hit the silver screens next year. The upcoming historical drama is based on Kalki Krishnamurthy’s 1995 novel of the same name. Ponniyin Selvan marks Aishwarya Rai Bachchan’s comeback in the film industry after almost four years.