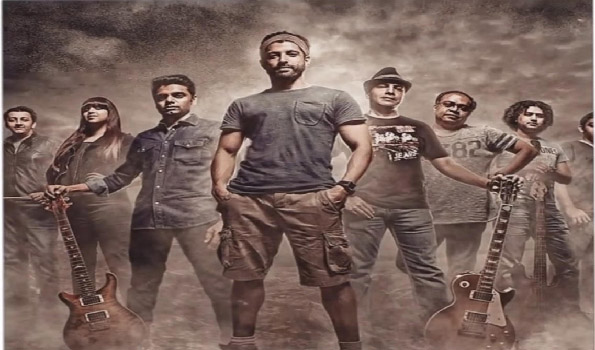 New Delhi, (UNI) Farhan Akhtar's acting poweress has always astounded the audience, but they have also admired the artist for his musical poweress.

Farhan is the only one from Bollywood who has a live band that travels across the globe and cherishes immense love from the audience. The actor is indeed a pioneer of live concerts from India who has performed with his band, 'Farhan Live’ at many international platforms and given banger performances nationally as well in 10 rocking years.

Farhan took this opportunity to relive the golden moments of the musical journey of one of the most loved bands of India.

Taking to his social media on Thursday, he marked the occasion of 10 years of 'FARHAN LIVE' with glimpses of his team and on-stage performances with his iconic poetry in the background which just hits home. Expressing his heartfelt feelings in the caption, the actor wrote - "10 times over."

With 'FARHAN LIVE', Farhan has travelled around the globe with the band members performing in various countries so far, including the USA, Australia, UAE (Dubai & Abu Dhabi), Singapore, Kenya, Oman, and the UK among many.

Apart from this, Farhan is currently working on the pre-production for 'Jee Le Zaraa' which stars Priyanka Chopra, Katrina Kaif, and Alia Bhatt.