'Father of Taiwan's democracy' passes away 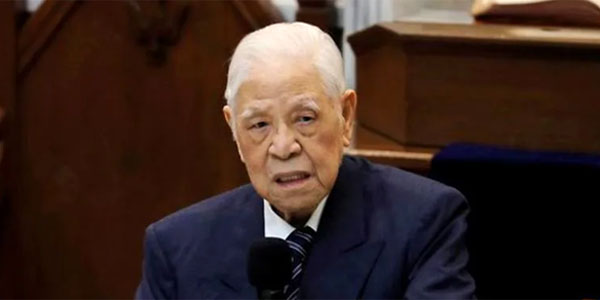 Former Taiwanese President Lee Teng-hui, considered the "father of Taiwan's democracy" passed away after a prolonged illness.
He was 97.

He served as president of the Republic of China, Taiwan, from 1988 to 2000.  He became president in 1988 after the death of predecessor, Chiang Ching-kuo.
Lee was credited with ending autocratic rule in favour of pluralism and democracy.

During his time in office he led constitutional changes towards a more democratic political layout, including direct presidential elections.  Current President Tsai Ing-wen said "he laid the foundation of a democracy built on pride and our own identity".

Lee thrived on defying China's drive to absorb the island and hoped for Taiwan to be "a country of democracy, freedom, human rights and dignity."  In 1996 - the first direct presidential election in Taiwan - he was democratically elected for a second term with a landslide victory.