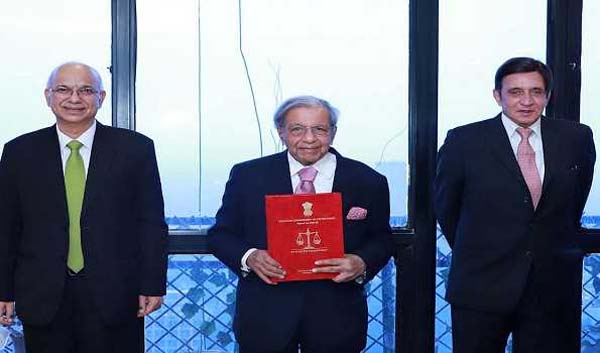 New Delhi, Oct 30 (UNI) The N K Singh-led 15th Finance Commission will submit its report on devolution of resources for the years 2021-2022 to 2025-2026 between the Centre and the States to the President on November 9.

The Commission finalised its report at a meeting on Friday, said an official statement.The Commission will also present a copy of the report to the Prime Minister later next month.

Finance Minister Nirmala Sitharaman will table the report in the next session of Parliament along with an Action Taken Report of the government.

Traditionally, the Commissions have recommended the formula for tax devolution and grants to the states but the 15th Commision was given the additional remit of coming up with a fiscal consolidation roadmap for the Centre and the States.

The Commission had given a report for the financial year 20-21 in November last year. It had recommended a 41per cent share of taxes for the states with 1 per cent going towards the Union Territories of Jammu and Kashmir and Ladakh. But it had to change its first report Submitted last November in view of the Covid-19 pandemic.

In September, it was decided that the current fiscal be treated as a zero year.In the latest report it is expected that the Commission would have stressed the need for greater spending in public health care.

The Commission has finalized the report after wide-ranging consultations with the Union and State Governments, local governments at different tiers, Chairmen and Members of previous Finance Commissions, Advisory Council to the Commission and other domain experts, academic institutions of eminence and multilateral organisations.