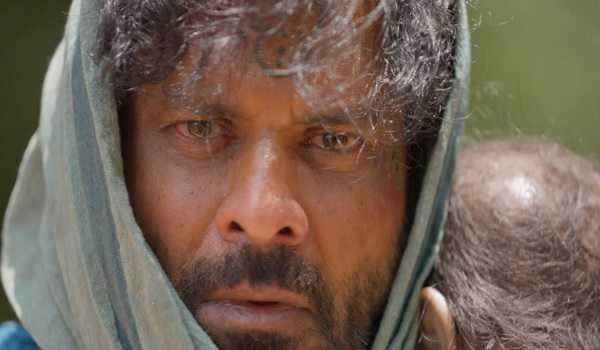 New Delhi, Nov 29 (UNI) With back to back triumphant runs in the international film circuit, Zee Studios is successfully redefining entertainment across the globe.

Zee Studios's 'Joram,' one of the most anticipated films of 2023, in association with Devashish Makhija was recently selected at India's Film Bazaar Recommends (FBR) strand.

Joram was amongst the first 20 films at Film Bazaar. The first look of the film shows the iconic Manoj Bajpayee along with a baby.

Manoj shared, "'JORAM comes with a very unique concept! This is my third collaboration with zee studios & Devashish Makhija both and I must say that both have raised the bar with their courage and creativity! We have shot at very difficult locations and it wouldn't have been possible without the relentless efforts made by the team of studio and the production! It was a real privilege to work on this one ,now that our film made it to the likes of Film Bazaar, I am quite stoked!"

Shariq Patel, CBO, Zee Studios, said, "It is delightful that Indian content is getting its due recognition in the global entertainment circuit. And we, at Zee Studios, are elated to pioneer this feat. Devashish, Anupama and the entire cast and crew of 'Joram' have poured their hearts into creating this thriller.

"In fact, Devashish is an award winning director and knows his way of captivating the audience's hearts. The story is captivating and needless to say, Manoj Bajpayee has yet again proven his mettle."

Devashish Makhija, Writer-Director, Joram, further stated, "JORAM is my third collaboration with the indefatigable Manoj Bajpayee. Our previous national award winning film together -BHONSLE - also started its journey at the Film Bazaar in its Co-Production Market. And then went on to travel over 40 festivals, and won an APSA award, before becoming a sleeper hit on OTT in 2020.

"JORAM has taken her first step into the world at FB too in the prestigious Film Bazaar Recommends showcase this year. The barrage of admiration and interest our film generated amongst the international film festival programming and curation community is something I have not experienced before."

Anupama Bose, Producer, JORAM, added, "It was a matter of pride when my debut film as producer was selected for the prestigious Film Bazaar Recommends section in the Viewing Room at NFDC's Film Bazaar. The buzz and appreciation that our film JORAM has been able to generate within the community of international, national and diaspora, film festivals, curation, markets and opinion makers at the Film Bazaar this year makes all the ongoing hard work and sleepless, endless hours completely worthwhile.

"There is a certain sense of relief that we have been able to honour the faith that Zee Studios has had in us as a fledgling production house. We are hopeful that this will give our film the propulsion we need to kick start our film festival and international journey. And eventually reach out to audiences across the world."

The cast and crew recently celebrated the wrap of the film. The makers are yet to announce the release date of 'Joram.'