First they laugh at you, then you win- Rahul as Centre allows foreign-made COVID-19 jabs 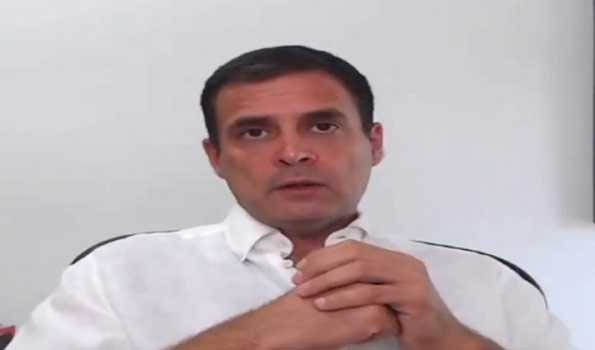 New Delhi, Apr 14 (UNI) A day after the Centre cleared the way for foreign-made vaccines to contain the spread of Covid-19 on his suggestion, Congress leader Rahul Gandhi on Wednesday took a jibe at the government for first scoffing at his proposal and then accepting it.
'First, they ignore you then they laugh at you then they fight you, then you win.” he tweeted this morning
The Centre, on Tuesday, announced that all vaccines manufactured outside the country which have emergency approval in the US, Europe, the UK, Japan or which are on the WHO Emergency Use Listing may be granted emergency use approval in India.
Expressing his concern at the slow pace of vaccination in the country, the Congress leader, in a letter to the Prime Minister on April 9, had requested for ramping up of the vaccination drive saying less than 1 per cent of the population had been fully inoculated in three months.