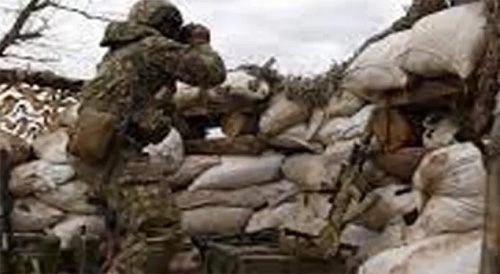 Kiev, Jan 27 (UNI/Sputnik) Five people were killed and five others wounded in a shooting by a serviceman of the Ukrainian National Guard who opened fire with AK Kalashnikov rifle on the territory of a factory in the Ukrainian City of Dnipro, the Interior Ministry said on Thursday. "At 03:40 [01:40 GMT] a tragedy occurred on the territory of the Yuzhmash Southern Machine-Building Plant. A serviceman of the National Guard of Ukraine, Conscript Ryabchuk Artemy Yuryevich, born in 2001, upon being given a weapon, shot at National Guard watch on duty from a Kalashnikov rifle for unknown reasons, after which he fled with the weapon. As a result, five people were killed and five more were injured," the ministry said. According to the ministry, four died on the scene while one serviceman died of gunshot wounds while under medical care. A police operation was launched in the city, with personnel of the national police and national guard units were put on high alert. Motives for the crime are still unknown.