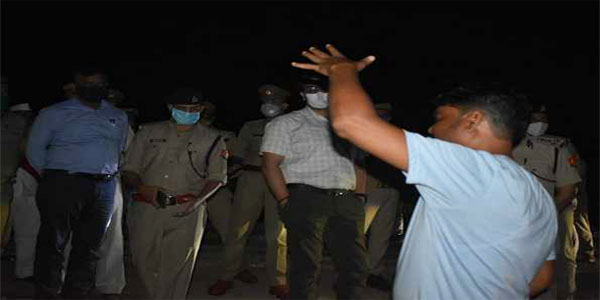 Five people were killed while a woman was critically injured when an SUV in which they were travelling fell in a roadside ditch under Bahariya police station area on late Tuesday night.

Police said the SUV was carrying nine people when it overturned near Karaktekpur village at around 2300 hours.

All the deceased were native of Buapur village under Mandhata police station area in the adjoining Pratapgarh district. They were said to be the family members of one Sanjay Patel.

The critically injured woman was admitted to the hospital.

They were returning to Pratapgarh after attending a religious function at Bhawanapur village.