Fog reduces visibility in city, rainfall in many divisions 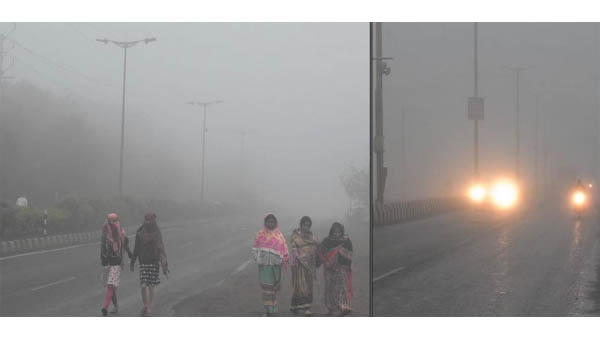 Chronicle Reporter, Bhopal-Bhopal recorded the highest fog and rain of the season. For the first time due to fog, the capital had 50 meters visibility till 8.30 am on Sunday. Bhopal also recorded the highest rainfall of 4.4 mm in the last 24 hours. There were good rains in 9 divisions of the state including Bhopal.

Warning of moderate to dense fog has been issued for Gwalior, Chambal, Ujjain and Sagar divisions, Jabalpur, Narsinghpur, Satna, Bhopal and Rajgarh.

From the southeast Arabian Sea to northwest Madhya Pradesh in the easterly (easterly winds) effect of a trough during the next 24 hours would result in rainfall and thunder lightning and thunderstorms.

During this period, there is a possibility of dense fog in any parts of North Madhya Pradesh due to high humidity and other favorable weather parameters at North West India.

In the next 2-3 days the night temperature in state is likely to remain normal and no significant change in temperature is expected in most parts of state. After this, the minimum temperature of state may fall from 3-5 degree Celsius.