Food prices up, oil and sugar at multi-year highs in Feb: FAO 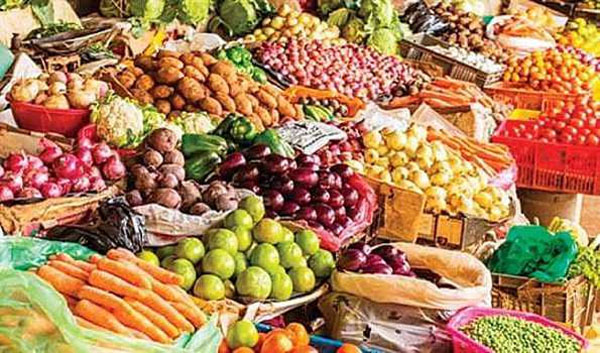 New Delhi,(UNI) World food prices climbed for the ninth straight month in February, the United Nations Food and Agriculture Organization (FAO) reported on Thursday.
The FAO Food Price Index, which tracks monthly changes in the global prices of food commodities, rose 2.4 per cent higher in February from the previous month, and 26.5 per cent higher from a year ago.
The overall index is at its highest level since July 2014, led by big gains in prices for vegetable oil and sugar.
FAO said vegetable oil price index gained 6.2 per cent for the month fueled by speculation over falling supplies. The most pressure came from rapeseed and sunflower seed oils, pushed by supply worries from Europe and South America. With the latest gains, prices reached their highest point since April 2012.
Sugar gained 6.4 per cent to its highest levels since April 2017. Greater demand from Asian countries combined with continued supply worries -- especially from Brazil, which is using more of its sugar crop to produce ethanol. But the gains were tempered by expected increases in production from Thailand and India.
The monthly FAO Food Price Index is based on worldwide prices for 23 food commodity categories covering prices for 73 different products compared to a baseline year.
The cereal price index rose an average 1.2 per cent from January. Sorghum prices rose the most in February, climbing 17.4 per cent during the month and up 82.1 per cent over last year.
FAO said the biggest factor behind the rise was strong demand from China.
Corn prices rose just 0.9 per cent in February but were still up 45.5 percent from the previous year. Wheat prices were stable in February, FAO said.
The dairy price index climbed 1.7 per cent for the month, pushed by limited supply from Europe and higher imports from China.
The meat price index saw the smallest gain for the month, rising 0.6 per cent, remaining 4.0 per cent below its level from a year earlier.