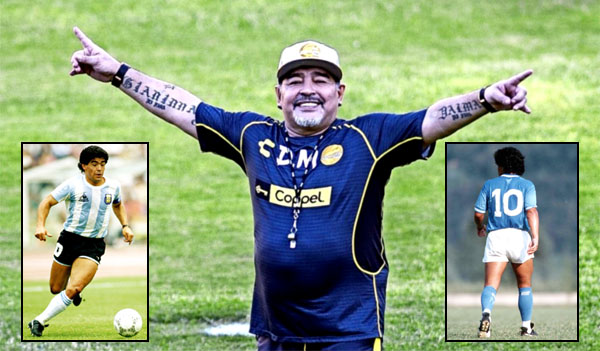 Buenos Aires, Nov 25 (UNI) Football lost one of it's most shining stars on Wednesday, after Argentinian football legend Diego Maradona bid adieu to the world, after suffering a heart attack.

The 60-year-old, considered one of the greatest footballers of all times, had underwent an emergency surgery for a subdural haematoma several weeks ago.

He suffered a heart attack at his home in the outskirts of this cosmopolitan capital city, Argentinian media and lawyer of the former player confirmed.

Maradona won the World Cup with Argentina in 1986.

Italian soccer club Napoli said the death of its former star was a 'devastating blow' for both the city and the club.

''We are in mourning. We feel like a boxer, who has been knocked out. We are in shock,'' said club spokesman Nicola Lombardo.

Maradona played for Napoli between 1984 and 1991, helping the city win its first Serie A league title.