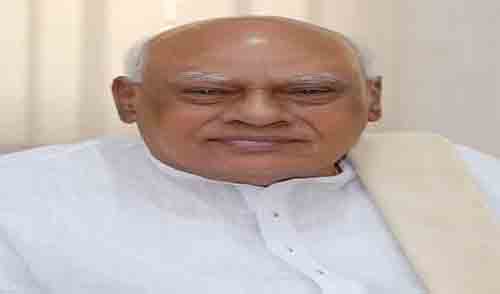 He was 88 and is survived by his wife, three sons and a daughter.

Rosaiah breathed his last at around 0800 hours this morning while shifting to a private hospital from his residence at Ameerpet after his pulse rate dropped suddenly, according to family sources.

While he was studying at Zilla Parishad High School in Guntur, he was elected as the student leader.

He later entered into politics.

The former Chief Minister, who was a political disciple of Swatantra Party leader and independence activist, was elected as MLC in 1968, 1974, 1980 and 2009 and as an MLA in 1989 and 2004 from Chirala assembly constituency in APon Indian National Congress ticket.

In 1998, he was elected as MP from Narasaraopet Lok Sabha constituency.

During his long political career, he interacted and worked closely with most of the Prime Ministers of India, including Jawaharlal Nehru.

After completion of his five-year term as Governor of Tamil Nadu he took retirement from active politics.

He handled many Ministerial posts in his long political career spanning over 50 years.

He is one of the most experienced political leaders in the state of Andhra Pradesh and his role as the Finance Minister is very well recognized.