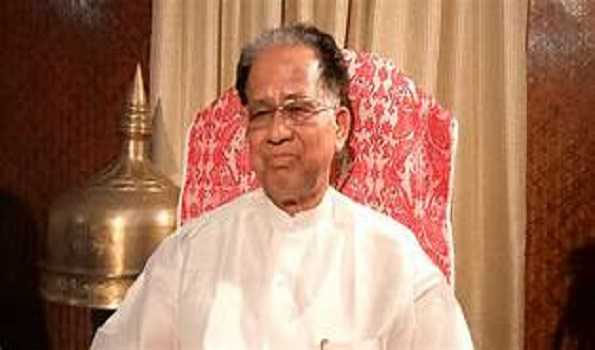 “The last ECG done at 5.34 PM showed that there is no heart activity,” he said.The body of Gogoi will be laid in state in the Srimanta Sankardeva Kalashetra here tomorrow for people to pay their last respects.

Dr Sarma said the last rites are likely to be performed in Guwahati as Gogoi’s wife, Dolly Gogoi, is also ailing.Besides his wife, Gogoi is survived by son and MP Gaurav, daughter-in-law, daughter, son-in-law and grandchildren, besides a host of relatives.Gogoi, who had been undergoing treatment in the ICU of GMCH since November 1, was placed under mechanical ventilation on November 21.

Gogoi has been admitted in the GMCH thrice since August.

The state’s longest serving chief minister had tested positive for COVID 19 on August 25 and was admitted in the GMCH, where he underwent treatment for over 20 days before recovering from the infection.