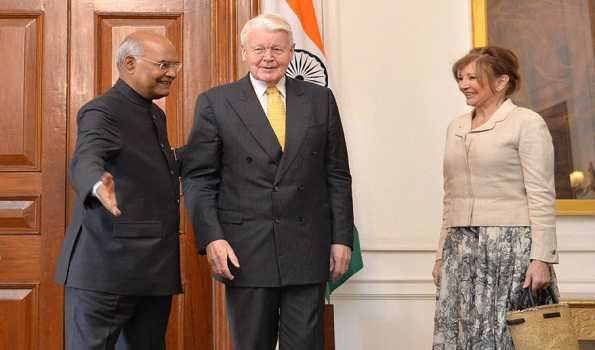 New Delhi, Former President of Iceland Olafur Ragnar Grimsson on Thursday called on President Ram Nath Kovind at the Rashtrapati Bhavan here.Welcoming Mr Grimsson to India, the President said that India deeply appreciates his efforts on Arctic and climate change issues.'The Arctic region is of special significance to India. Scientific studies have shown a link between the Arctic region and the monsoon. India is keen to engage on the Arctic and looking at new avenues for cooperation,' the President said in a statement.Mr Kovind appreciated Mr Grimsson’s initiative to get all stakeholders on the Arctic together on one global platform – the Arctic Circle."We all have to contribute towards building a sustainable planet for ourselves and for our future generations,' the President said.