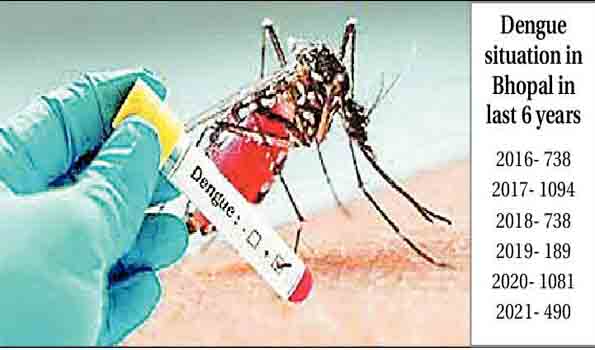 Number will decrease further in winter
District Malaria Officer Akhilesh Dubey said that the number of patients getting daily for almost a week is less than five. Patients have decreased due to less rain and larva killing activities. He said that with the increase in cold, the number of patients will further reduce. Only a few patients will be found till Diwali. However, even after reducing the number of patients, there is no reduction in larvae. 44 teams of health department are conducting larvae survey in the city. Larvae survey is being done in about 1300 houses every day. Of these, larvae are being found in 10 to 12 percent of the houses.