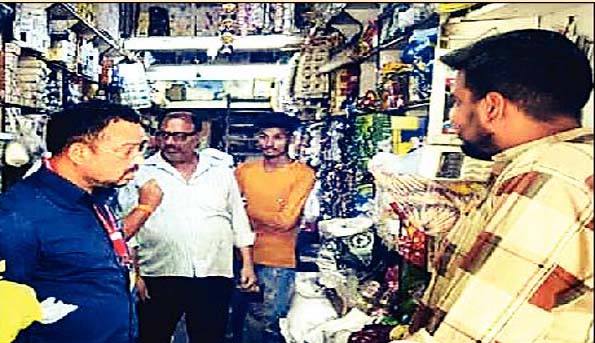 Bhopal: The GST team has raided the shop of Krishna Pan Masala in Bairagarh (Santnagar) on the suspicion of tax evasion on Thursday. The GST officers came to investigate the complaint of tax evasion of the trader. The store of Krishna Pan Masala is being told of Rajkumar Lalwani. Sunil Bagar, assistant commissioner of GST has confirmed the action.
GST officers said that the business of gutkha and pan masala of different companies is done by the operator of Krishna Pan Masala operating in Bairagarh. It was reported that gutkha and pan masala were being procured without paying tax. The complaint was received in the past. On Thursday, a team of GST officers conducted a raid on the shop to investigate the same. According to the officials, the store operators have not been able to pay the bills for the purchase of gutkha and pan masala supplied from different companies. In this regard, the GST officers are also collecting information about the merchant's bank account.

Large scale tax evasion
Three years ago, 9 agencies including EOW had raided the Pan Masala Company operating in Govindpura Industrial Area. The agencies had claimed that tax evasion of over Rs 1,000 crore has been done in nine months. In this case of tax evasion, the EOW had registered an FIR against the operators of the company. But, later the matter cooled down. Gutka of non-standard level was found in the factory along with tax evasion.