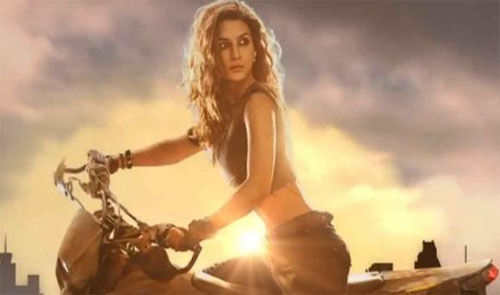 Kriti Sanon has been a roll off late. After all, she has some interesting movies in the pipeline. Amid this, Ganapath Part 1 has been creating a lot of buzz as it will mark her reunion with her first co-star Tiger Shroff. To note, Tiger and Kriti had made their big Bollywood debut with the 2014 release Heropanti. And as the duo is set to collaborate once again, the Bareilly Ki Barfi actress is preparing hard for Ganapath Part 1. In fact, Kriti has also been juggling between Om Raut’s Adipurush and Ganapath Part 1 at the moment.
To note, Kriti is currently shooting for Adipurush opposite Prabhas. However, she is also making sure to undergo the required training for the Tiger Shroff starrer as she will be seen doing some action scenes in the movie. This isn’t all. The Panipat actress also spilled beans about her training and revealed that she will be learning dirt biking soon. “I have some action sequences in Ganapath. I train for them [whenever] the 'Adipurush' shoot [affords me] breaks. I have to pick up dirt biking in the [weeks to come]. The project will go on floors sometime this year,” Kriti was quoted saying Mid Day.
To note, Kriti had made the headlines early this year with her first look from Ganapath Part 1 wherein she was seen in a femme fatale avatar and posed with a dirt bike for the poster. While it will be a different kind of role for Kriti, it will be interesting to see how she will pull through it. Apart from Ganapath Part 1 and Adipurush, Kriti will also be seen in Varun Dhawan starrer Bhediya and Akshay Kumar’s Bachchan Pandey.