Ganesh Chaturthi 2021: Find out the significance of the festival 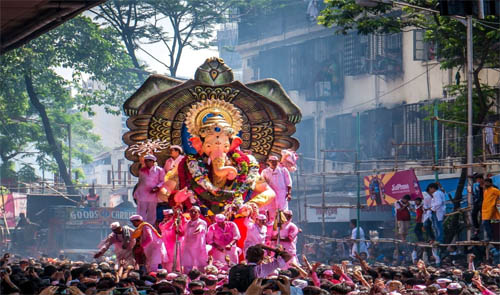 Shri Ganesh Karo. These are the first lines one says or gets to hear whenever we open a new business, or buy a new house., or even if one is planning to get married. But why, some of you may wonder? Known as Vighanaharta, Lord Ganesha is said to remove all obstacles from the way and give new beginnings a healthy, happy, fresh and successful start.
He is worshipped as the God of wisdom, good fortune and prosperity. Dedicated to him, is one of the most important Hindu festivals, Ganesh Chaturthi. It is a 10-day festival where believers bring home a Ganesh idol, make bhog for him and then once the festival ends, take him for visarjan.
Significance
Legends suggest that Devi Parvati, using her divine powers, had put life in the idol of a young boy whom she had made with sandalwood paste. The boy went on to address Goddess Parvati as his mother.
On knowing that she has a devoted son, Goddess Parvati was extremely delighted. And time and again, Ganesha too proved his love and devotion for his mother and father. So much so, that once when Lord Shiva and Goddess Parvati held a competition of circling the world three times between him and his brother, Kartikeya, Lord Ganesha asked his parents to sit together and he circled them thrice, while his sibling was out to circle the world. The prize for which was a mango, not an ordinary one, but the one with special powers given by Lord Brahma to Lord Shiva.
When Lord Ganesha asked his parents for the prize, they were taken by surprise and asked him: 'You haven’t fulfilled the condition yet'. To which Lord Ganesha replied, ‘As my parents, you both are my world’. This is just one of the many stories of Lord Ganesha’s wit.
The festival starts tomorrow and will go on till September 19, 2021.