Ganesh museum to be built at Khajrana Ganesh temple 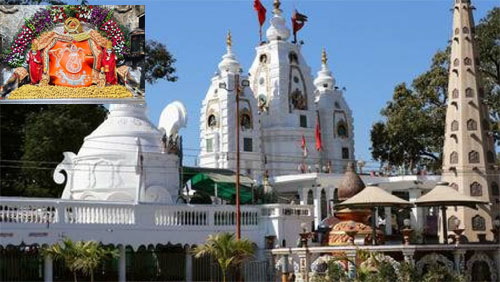 Chronicle Reporter, Bhopal
After Pune, the country's second Ganesh museum will be built at the Khajrana Ganesh temple in Indore. There will be a large number of rare idols of Ganesha in different postures. This museum will be established with the help of Ganesh devotees.
The Ganesh Museum was inaugurated on the occasion of Ganesh Chaturthi in Khajrana Ganesh Temple Complex on Friday. MP Shankar Lalwani started it. In the museum being started by the devotees of Ganesh, a collection of rare idols of Ganesh ji, sculptures of different postures, bhajan aarti etc. will be done. On the initiative of Ganesh Bhakt Niwas Kutumbale and others, on the occasion of Ganesh Chaturthi, a permanent start has been made in Khajrana Ganesh Temple Complex.
On this occasion, MP Shankar Lalwani said that this will probably be the second Ganesh museum in the country after Pune. He told that Ganesh devotees in and around Indore have a large number of idols and collections of Ganesh literature. The museum has been started with the view that other people can also see it. MP Lalwani also dedicated Ganesh idols made of cow dung and clay to the museum. On this occasion, the priest of the temple, Pandit Ashok Bhatt, Puneet Bhatt temple manager Prakash Dubey and a large number of Ganesh devotees were present.