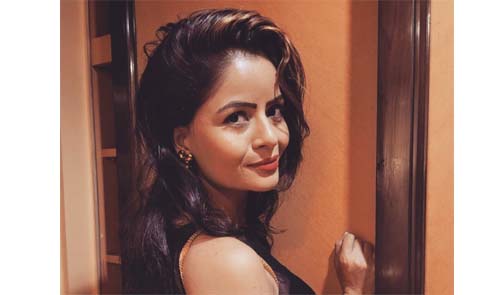 Gehana Vasisth’s lawyer have reportedly moved the court for a pre-arrest anticipatory bail as they suspect she could have been arrested in the ongoing Raj Kundra pornography case. The bail plea will be heard on Tuesday at the Dindoshi court. The case against Gehana was first probed by Mumbai police, however, later it was handed over to the Crime Branch Property cell. The actor is currently out on bail.
In a report by the Times of India, Gehana Vasisth’s lawyer said, "We have moved the court for a pre-arrest anticipatory bail as there was a chance that she would have got arrested by the police". The elite businessman Raj Kundra was booked by the Mumbai police in alleged connection with creation of adult films and distributing them via digital applications. A few days after his arrest actor Gehana Vasisth’s name was reportedly brought up by the Mumbai Police.
In a statement to ANI with regards to the Pornography case, Mumbai Police previously said, "Case registered against 3 producers of the company of businessman & actor Shilpa Shetty's husband Raj Kundra & actor Gehana Vasisth handed over to the Property Cell of Mumbai Police Crime Branch. The case was registered at Malvani Police Station".
Meanwhile, the crime branch had also conducted a raid at Shilpa Shetty and Raj Kundra’s residence wherein they had reportedly recovered around 70 porn videos allegedly shot by Raj’s former PA Umesh Kamat. Raj Kundra moved the High Court terming his arrest ‘illegal’. He reportedly defended himself claiming that the videos in question are ‘lascivious’ but do not contain ‘explicit sexual acts’. The businessman’s bail plea was rejected and he was sent to a 14-day judicial custody on Wednesday.