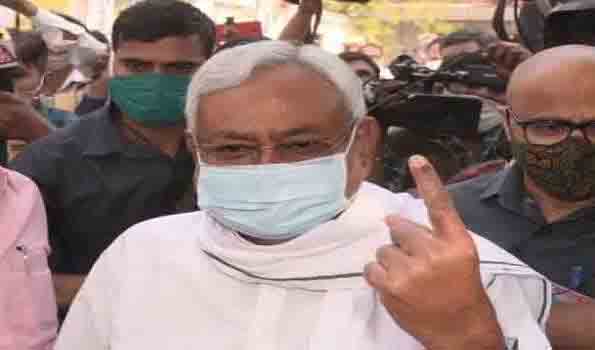 Governor after exercising his franchise, told media persons that people should come out from their houses in large number to exercise their franchise.

He appealed to the people to participate in this great festival of democracy and try to increase the polling percentage over the first phase of Bihar Assembly Elections held on October 28.

Chief Minister Nitish Kumar also appealed to the people to exercise their franchise for strengthening the democracy.

He, however, did not show any interest in taking questions from media persons present at the booth where he exercised his franchise.