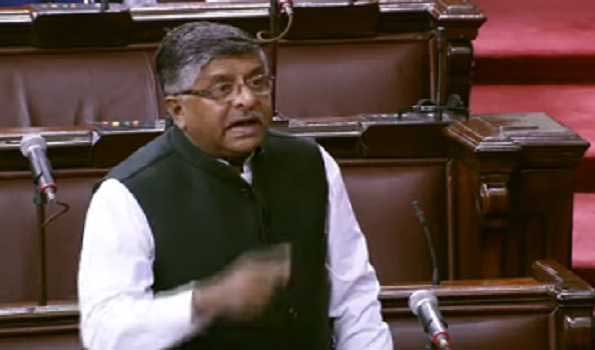 New Delhi,Information Technology Minister Ravi Shankar Prasad said on Thursday that the government is making all-out efforts to make Bharat Sanchar Nigam Limited and Mahanagar Telephone Nigam Limited competitive.Besides, experienced employees who have taken voluntary retirement in these companies may be considered for re-employment, he added.Replying to a supplementary question in the Rajya Sabha during Question Hour, Mr Prasad said that he wanted to get public sector undertaking operative in telecommunications field. BSNL has done a commendable job in times of flood, cyclone and other incidents of natural calamities.Earlier, Minister of State for Communications Sanjay Dhotre said 78,569 employees in BSNL and 14,387 employees in MTNL have sought voluntary retirement. A majority share of their dues will be given before March 31 and the remaining amount will be given by next year.

He also said that in BSNL, the amount spent on salary has now been reduced to half. The employees have been paid till January and arrangements are being made to settle their claims for medical and Leave Travel Allowance (LTA) whereas the Government has allocated over Rs 527 crore to implement the voluntary retirement scheme for them as well.Mr Dhotre further said that due to large number of employees taking voluntary retirement, both the companies faced a lot of problems because shortage of manpower but later, the situation was tackled by outsourcing staff.He also said that with the help of a revival package, the 4-G service will be introduced from April 1 whereas the BSNL is providing the service with 7,800 BTS currently. The Minister of States for Communication also informed that some private operators service have been fined for providing poor services whereas the call drop issue has been addressed and more and more towers are being erected.