Govt has continued with reservations for SC, STs, OBCs: Gehlot 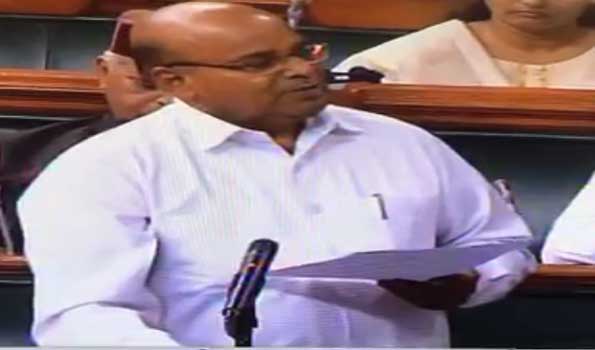 New Delhi,  Social Justice and Empowerment Minister Thawarchand Gehlot on Monday said the Government has continued with reservations for the Scheduled Castes, Scheduled Tribes and OBCs.Replying to the debate in the Lok Sabha on the Demands for Grants under the Ministry of Social Justice and Empowerment for 2020-21, the Minister said the Government granted constitutional status to National Commission for Backward Classes in 2018. He said the government has made provision for 10 per cent reservation for other sections of society on economic basis. The Minister said that the government is very sensitive to the problem of manual scavengers and now instruments will be made available to the the labourers for cleaning sewer. He said the Government has also raised budgetary allocation for the 'Divyang'. In 126 districts of the country, 132 camps were set up to provide assistance to them. The Minister said facilities for the disabled have been started at 907 big railway stations. Mr Gehlot said that the Central Government has started scholarship scheme for the OBC students.
He said 'Kaushal Vikas Yojna' has been started for the 'Divyang'. The Minister said there has been enhancement in the scholarships for the students belonging to OBC category. He said the work on making comprehensive national policy for senior citizens is underway. Amid the Minister's reply, Leader of Congress in Lok Sabha Adhir Ranjan Chowdhury said the drug abuse has been increasing at an alarming rate. He asked the Minister the measures taken to prevent drug abuse in the country. The Congress leader further said that the government has not done anything for help manual scavengers. So far, a total of 282 sanitation workers have lost their lives while working in the sewer. Responding to the issue of drug abuse raised by the Congress leader, Mr Gehlot informed that de-addiction centres are being developed in 28 zillas in Punjab. After the Minister's reply, the Demands for Grants were passed by voice vote.