Govt will honour all who contributed in dev of nation : Yogi 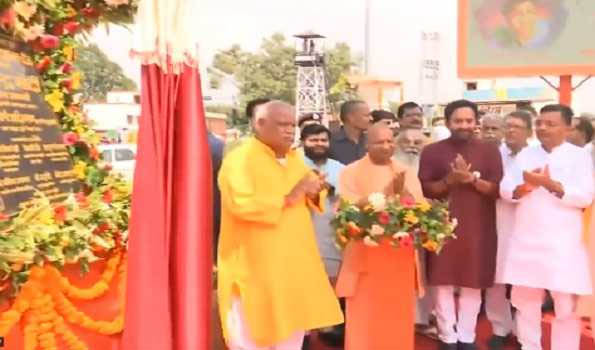 Ayodhya (UP), Sep 28 (UNI) Uttar Pradesh Chief Minister Yogi Adityanath on Wednesday said the state government is committed to honour every individual who has contributed to the nation's development in any manner.

While inaugurating 'Lata Mangeshkar Chowk' in Ayodhya, while paying rich tributes to the Bharat Ratna awardee and legendary singer on her 93rd birth anniversary, Yogi said, "Great Lata Didi dedicated her entire life to art and music and sang most 'bhajans' of Lord Rama. I am honoured to inaugurate the Lata Mangeshkar Chowk leading to the grand Ram Temple road in Ayodhya today. It is a befitting tribute to one of the greatest Indian icons."

The CM in the presence of Union Tourism Minister G Kishan Reddy, Mahant Nritya Gopal Das, Jaiveer Singh and other dignitaries inaugurated the spectacular intersection on the banks of the Saryu river, featuring a 40-ft-long and 12-metre-high 'Veena' weighing 14 tons, 92 lotuses depicting 92 years of her existence and seven pillars representing the seven notes (Saat Sur).

He said, "With the inspiration of respected PM Modi, Lata Didi’s first memorial has been built in the holy city of Lord Rama to whom she devoted her entire life. Just like this intersection, every road in Ayodhya, every corner should be developed as grandly to present the city as the most beautiful one before the entire world."

Stating that the double-engine government is determined to develop every place in UP having religious and spiritual significance, Yogi said, "The government will continue to develop our religious places, however, public participation is a must to fulfil the vision. Everyone must contribute towards a clean, hygienic, plastic-free and beautiful Ayodhya."

The CM said, "We must take forward the beautification work of Ayodhya in a time-bound manner so that as the under-construction grand Ram Temple gets ready, the world gets to witness Ayodhya as the most well-planned and beautiful city as it was during 'Treta Yuga' (the age of three or triads)."

He said this 'Deepotsava' along with the grand celebrations by the government, every house in Ayodhya must light a 'Diya' and add to the grandeur of the holy festival.

Maintaining that Ayodhya underwent massive transformation in the span of the last five and a half years, the CM said, "The developed and widened roads, beautified Ghats and other places in Ayodhya have impressed everyone coming to the city lately. We must take forward our responsibility with commitment."

Yogi said not just Ayodhya, but the entire state is being developed. "The Kashi Vishwanath Corridor, under the leadership of PM Modi, has been revamped and witnessed crores of devotees during the holy month of Shravan," he said.

He said, "Development of religious and spiritual places by the government is not only a means of respecting the religious faith of the public, but also a medium of generating employment opportunities for the youth in the state."

Union Culture and Tourism Minister G Kishan Reddy on the occasion said Bharat Ratna Lata was a magician and that her music touched souls. "Classics like 'Ae Mere Watan Ke Logo' will continue to inspire generations and will fill them with patriotism. Lata Didi’s life is no less than an inspiration for all," he said.

The Union Minister said being a Telugu speaker, he also remembered Lata songs in Telugu language and said the legendary singer mastered the art of conveying emotions through her voice in different languages.

He also expressed happiness over the efforts being made by CM Yogi Adityanath with the inspiration of PM Modi for the overall development of Ayodhya.

Ayodhya special issue magazine published by Ayodhya Shodh Sansthan and 10 volumes of Global Encyclopedia of Ramayana were also released on the occasion.

Lata Mangeshkar’s family members Adinath and Krishna Mangeshkar, who were also special guests were seen getting emotional during the inauguration of the ‘chowk’. Sharing his memories, Adinath said Lata Didi's day started with worshipping Lord Rama and that he was overwhelmed to see her divine and grand memorial built in the holy city of Ayodhya. 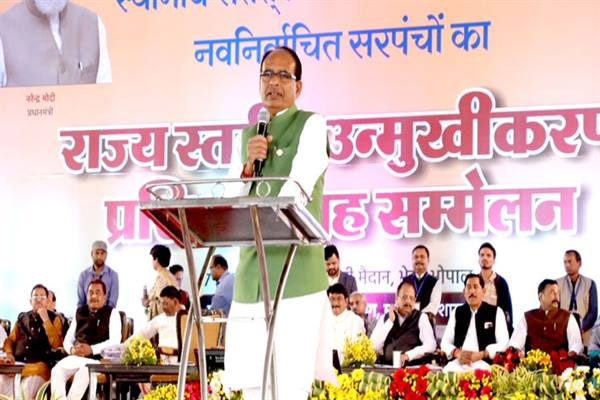 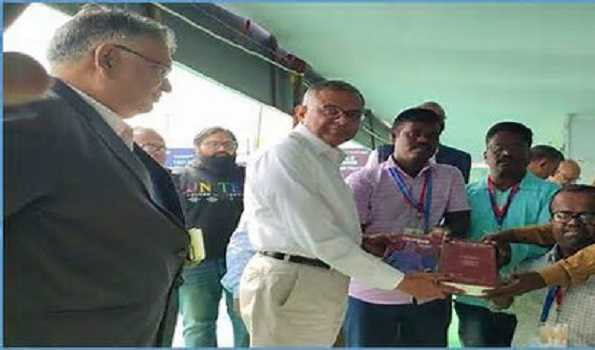