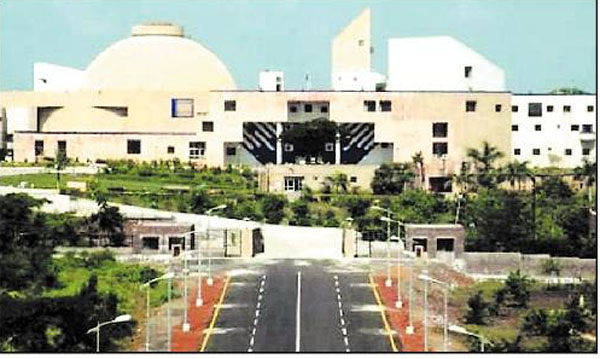 Cong creates ruckus in House over demolition of club in Datia

Chronicle Reporter, Bhopal -In response to a question during the Question Hour, Urban Development and Housing Minister Bhupendra Singh said that the proposed bill to legalize illegal colonies will be introduced in the Legislative Assembly in this session. The government has prepared a proposal to increase the compounding fees from 10% to 20% for legalizing illegal construction.
In the budget session of the Vidhan Sabha, the matter of demolition of Lokendra Club of Datia was raised in the House on Friday. During the Zero Hour, former minister and senior Congress MLA Dr Govind Singh alleged that Lokendra Club of Datia was razed without notice. The billiard table worth 5 crores kept in this club was also broken.
On this, Home Minister Narottam Mishra alleged that Congress is raising the issue just because former Congress MLA Ghanshyam Singh is the president of this club. He alleged that 200 shops in the club were illegally built and sold. As soon as the Home Minister said this, the Congress started a ruckus in the House and gathered in front of Speaker.
Dr. Mishra further said that Congress MLAs are looting Datia. He challenged that Congress is ready to discuss the matter with a motion of adjournment. He asked Dr. Govind Singh to explain and present the documents in the House. To this, Dr. Govind Singh said that if this building is illegal, why were the Nehru Yuva Kendra and other government offices opened on rent?

Bala Bachchan raised issue of razing shops built on private land
Former minister and senior Congress MLA Bala Bachchan accused the administration in Barwani and Khargone of arbitrariness and said that the shops built on private land here have been demolished without notice by the administration. Government should answer this. He also said that the city council has taken this action without giving notice. In such a situation the government should also give compensation to the victims.