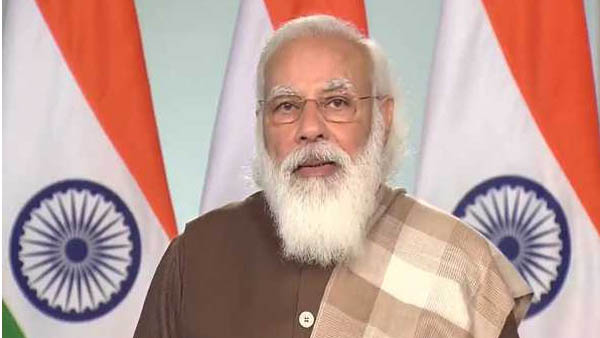 Speaking after performing the 'Bhoomi Poojan' (land-worshipping ceremony) of Ahmedabad Metro Rail Project Phase-II and Surat Metro Rail Project via video-conference, the Prime Minister pointed out the difference in approach between the previous governments and the current one, taking reference of Metro expansion.

He said there was no national policy for Metro. As a result, there was no uniformity in technique and systems of Metro in different cities.

Second lacuna was the absence of linkage with the rest of the transport system in the city. Today, transportation is being developed as an integrated system in these cities, in which Metro will not function in isolation, but will work as a collective system, he added.

This integration will be taken further by the recently-launched National Common Mobility card, asserted the Prime Minister.

Speaking on the occasion, the Prime Minister congratulated Ahmedabad and Surat for the gift of Metro as the service will improve connectivity in two important business centers of the country.

He also congratulated the people of Gujarat for new trains and railway lines for Kevadiya, including modern Jan Shatabdi from Ahmedabad to Kevadiya.

The Prime Minister said that today, work has started on infrastructure projects worth Rs 17,000 crore. This shows that even during Corona period, efforts for infrastructure building are gaining momentum.

In the recent days, infrastructure projects worth thousands of crores were either dedicated to the nation or work started on new projects.

Terming Ahmedabad and Surat as the cities contributing to Aatmnirbharta, the Prime Minister recalled the excitement when Metro was launched in Ahmedabad and how Ahmedabad had linked

its dreams and identity with Metro.

The second phase of metro will benefit the people as it will link new areas of the city with this comfortable mode of transport. Similarly, Surat will also experience better connectivity. These projects are envisaged, keeping in mind the requirement of the future, the Prime Minister said.