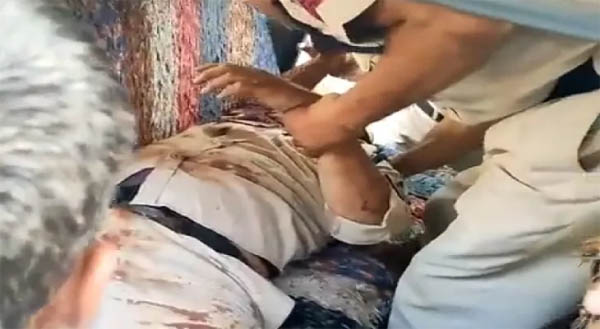 Guna (MP), May 14 (UNI) Three Madhya Pradesh Police personnel – including an officer – have been martyred, a law-enforcement vehicle's driver grievously injured and a poacher shot dead during a gun-battle with more than half-a-dozen ruffians who were returning after poaching black buck and peafowl in Guna district's Aron Police Station limits. “IG (Gwalior Zone) Anil Sharma has been removed owing to delay on the officer's part in reaching the scene of crime. Action shall be taken against the perpetrators – who are being identified – in a manner that will prove to be a historic deterrent for other criminals. A massive search operation is underway. 'Samman Nidhi' of Rs 1 crore each will be provided to the next of kin of SI Rajkumar Jatav, Head Constable Neeraj Bhargav and Const Santram. One member of each family shall be inducted into government service,” Chief Minister Shivraj Singh Chouhan said in a statement on Saturday. “Seven hunters were involved. Information was received regarding the lawbreakers riding about half-a-dozen motorcycles. When surrounded, the accused opened fire,” state Home Minister and government spokesman Narottam Mishra told media representatives on emerging from a high-level meeting convened in Bhopal by Mr Chouhan. Police said that the patrol team reached the area during the intervening night following inputs regarding presence of the culprits. Lakhan Giri – who was at the wheel – has been admitted at the District Hospital. Incriminating evidence was found on the scene of crime. The gruesome incident assumed political hues with the principal-opposition Congress firing a broadside at the state dispensation. While demanding Dr Mishra's resignation, the Assembly's Leader of the Opposition Govind Singh alleged, “The law and order situation is ceaselessly deteriorating but the government is busy delivering speeches.” Guna district adjoins Bhopal to the north.