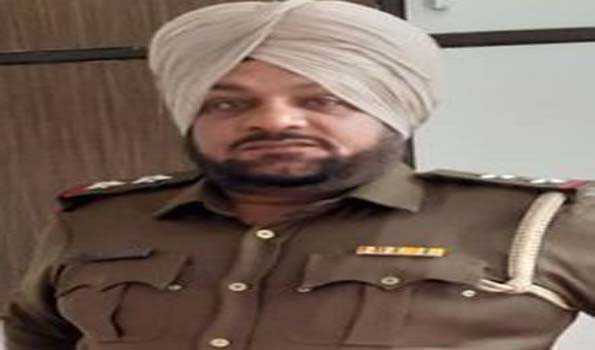 Chandigarh/Panchkula, Haryana Director General of Police Manoj Yadava on Monday announced a cash reward of Rs 5,000 and Commendation Certificate-I for the Sub-Inspector Darshan Singh, who returned a wallet containing Rs40,000 in cash and other precious belongings to its owner in Pinjore (Panchkula).Giving this information here today, a spokesperson of Haryana Police said that Sub-Inspector has set an example of honesty by returning the lost wallet to its owner. Darshan Singh, who has made the entire Haryana police proud, really deserves every ounce of appreciation for his honesty.On March 7, one Mohinder Singh, a shopkeeper went near to Pinjore-Mallah chowk to purchase material for his cloth shop located at Ishar Nagar. He had lost his wallet containing Rs 40,000 in cash, driving license, aadhar card and important documents while coming back. He had lost all hope of finding wallet. At the same time, he received a call from Sub-Inspector Darshan Singh, posted near Mallah chowk traffic light, who told to come and collect the wallet. Darshan Singh currently posted at Surajpur Traffic Wing in district Panchkula