Has Kareena Kapoor Khan asked for THIS whopping amount to essay the role of Sita in Alaukik Desai’s film? 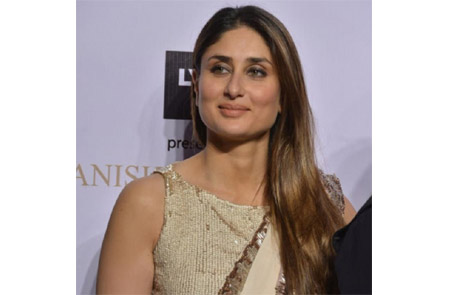 Kareena Kapoor Khan is one of the best actresses in Bollywood. ‘Jab We Met’ actress has created a buzz as she has reportedly demanded a massive amount of Rs 12 crore for playing the role of Sita in Alaukik Desai’s upcoming ‘Sita’. Alaukik Desai is going to complete writing ‘Sita’ with the help of Baahubali writer, KV Vijayendra Prasad. ‘Sita’ is going to be a mythological period film that will portray Ramayana from the point of view of Sita.
Kareena is reportedly interested and willing to do the part; however, apparently, the director is considering more options while keeping Kareena as the first choice for the film. A source reportedly told Bollywood Hungama. “Bebo who usually asks in the Rs. 6-8 crores range for her films has quoted a sum of Rs. 12 crore which has put the producers in a tizzy. In fact, right now, they are reconsidering their decision and also taking the film to a younger actress, as well. But talks are on and Bebo remains the first choice."
The source also revealed that Kareena Kapoor Khan will first shoot the sequel of ‘Veere Di Wedding’ and an untitled film by Hansal Mehta because these films are smaller and each movie will be completed within a month and Sita on the other hand will take more than 10 months for prep, shoot and production. Kareena has reportedly comprehended that Sita will be her biggest role so far as it is restating Ramayana from Sita’s perspective.
Also Read- World Environment Day: Kareena Kapoor shares Taimur's beach shenanigans in a clip & says 'protect, heal, love'