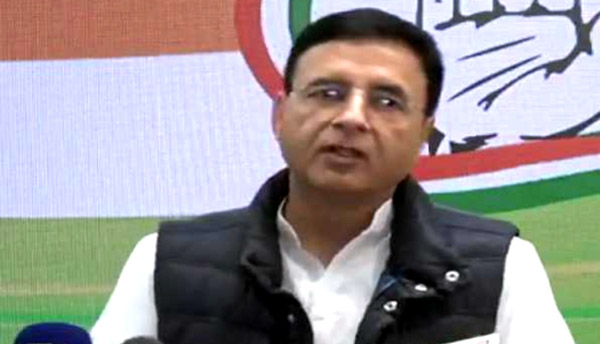 Patna, Oct 31 (UNI) Congress has alleged that health care services had reached on a ventilator due to utter failure of Nitish Kumar government in the health sector despite its tall claims made before the people.

General Secretary of All India Congress Committee(AICC) Randeep Surjewala and National Spokesman of the party Pawan Khera said here that as per report released by Health Ministry of Government of India, Bihar and Uttar Pradesh were placed at bottom of all indicators to assess the quality of Health Care facilities in States.

The poor performance of Bihar and Uttar Pradesh had given a serious jolt to Human Development Index of the country, denting its image across the globe.

Leaders alleged that there was 60 per cent shortfall of doctors and 71 per cent shortfall of nurses in government hospitals. Against the requirement of 12,206, only 5,205 doctors were available in hospitals while against the requirement of 19,155 nurses, only 5,634 nurses were working in hospitals affecting the quality of healthcare facility being offered to people in the state, they added.

Congress leaders said that against the need of 774 community Health centres, number of such centres in Bihar I was only 150. If the same index were compared with the estimated population of 2021, the scenario would become all the more horrible, they felt.

"As per the assessment made by the Centre it emerges that Bihar is spending only 1.33 per cent of its GSDP on health services.", they said adding that as per National Health profile report 2019, it came to light hat 4.42 Crores people in Bihar were living below the poverty line.

On an average the minimum expenses being incurred by people for one-time hospitalization was Rs 28,058, they said and added that what would be the condition of the poor in such eventuality.