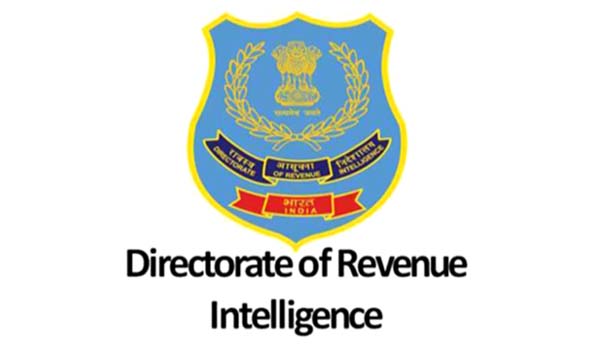 Thane / Mumbai, Nov 29 (UNI) Continuing its series of high quality seizures of narcotics, the Directorate of Revenue Intelligence have once again busted an inter-continental racket of drug smuggling with seizure of 396 grams of heroin, ingeniously concealed in buttons sewn into women’s gowns, sent in a courier consignment from South Africa to Mumbai and arrested three people, including two Nigerian nationals, in this connection.

Acting on a specific tip-off, the officials of DRI Mumbai intercepted a parcel that had arrived from South Africa to the hub of an international courier company in Mumbai.

Painstaking retrieval of the white powder from the buttons of the gowns resulted in seizure of 396 gms of heroin in a well-planned operation, codenamed “Kruger”, spread out over 7 days, an official release said on Saturday.

On Thursday afternoon, a team of DRI officers went along with the vehicle of the courier company and managed to nab the Indian person who came to take delivery of the parcel from the courier person that evening.

Thereafter, on the same night, the DRI team managed to identify a Nigerian national who was to receive the consignment from the Indian person. After a prolonged operation, DRI was able to nab the Nigerian.

During the course of sustained interrogation, the details of another Nigerian person who happened to be a key member of the syndicate were revealed, who was thereafter located and nabbed from Taloja, in Navi Mumbai on Friday. Subsequently, he was arrested for his alleged role in the drug smuggling activities.

With this, total 3 arrests have been made in this case so far.

All the arrested accused were produced in the Sessions court in Mumbai, which has sent them into judicial custody.

Coming close on the heels of Operation Calypso, Operation Kruger was the fourth major drug bust of DRI, Mumbai in the span of just 10 days, and is expected to cause major disruptions in the supply chain of Mumbai’s drug mafia, with deep transcontinental linkages extending to the Africas and Americas, the release added.