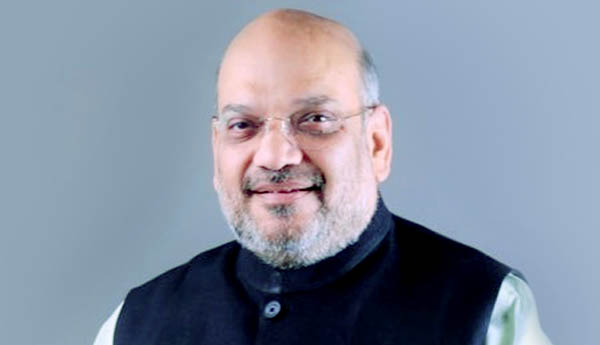 The two ministers met Shah along with officials from both ministries, and officials of the National Thermal Power Corporation. The meeting lasted for about one hour.

According to sources, the home minister reviewed the availability of coal and he was also briefed about the status of coal mining in the country.

Union Power Minister RK Singh had categorically denied any coal shortage in the country on Sunday, even as several states including Delhi, raised concerns over a coal crisis leading to a power shortage.

Singh had said that there is no power crisis in the country due to shortage of coal at the power plants and added that a panic situation is being "unnecessarily created”.

India is world's second-largest coal-consuming country and it accounts for nearly 70 per cent of India's electricity generation. Around three-quarters of the fossil fuel is mined domestically.

Delhi Chief Minister Arvind Kejriwal wrote a letter to Prime Minister Narendra Modi warning that national capital could face a blackout in the next two days if coal supplies to power plants do not improve. The issue has also been flagged to the center by Punjab Chief Minister Charanjit Singh Channi and Andhra Pradesh Chief Minister YS Jagan Mohan Reddy.

The Union Ministry of Coal meanwhile had said on Sunday that ample coal is available in the country to meet the demand of power plants and any fear of disruption in power supply is entirely ‘’misplaced’’.

The domestic coal based power generation has grown by nearly 24 per cent in this year (till September 2021) based on a robust supply from the coal companies, it said, adding, the daily average coal requirement at the power plants is about 18.5 lakh tonnes of coal per day whereas the daily coal supply has been around 17.5 lakh tonnes per day.

“The coal available at the power plants is a rolling stock which gets replenished by the supplies from the coal companies on a daily basis. Therefore, any fear of coal stocks depleting at the power plant end is erroneous. In fact this year, domestic coal supply has substituted imports by a substantial measure,” an official release said.

The Ministry said due to extended monsoons the dispatches were “constrained”.

The supply from SCCL (Singareni Collieries Company Limited) and captive coal blocks shall contribute to another three lakh plus tonnes of coal every day, it added.