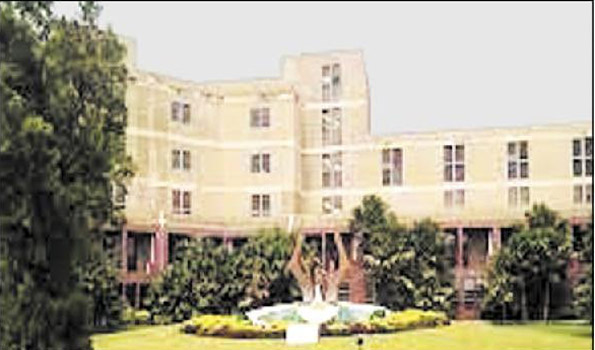 Chronicle Reporter, Bhopal
Even after 36 years, the gas victims who are suffering from Bhopal gas tragedy have to wander for treatment. However, the government has spent crores of rupees for this. But it is difficult to get treatment in hospitals built for gas victims. Now in the previous cabinet, a proposal has been passed to provide free treatment to gas victims through Ayushman scheme, but due to non-issuance of a clear order of this decision, gas victims in private hospitals are facing problems for treatment. The cabinet has passed a proposal to provide treatment of up to five lakh rupees annually to all gas victims with Ayushman Scheme, but many gas victims do not have Ayushman cards. Private hospitals are reluctant to treat cancer patients and especially heart patients also.
Responsible officers running away from questions
The senior officers of the department are not giving satisfactory answer regarding this order. When, KK Dubey, Director of Gas Relief Department was asked in this regard that gas victims are not getting treatment from Ayushman. Then he replied that he would be able to tell about it tomorrow.
Case 1- Aadish Jain, a gas victim of Qazipura, had an accident. The relatives had admitted him to the private hospital. The family is upset due to non-availability of Ayushman card for their treatment. The hospital bill has reached around 3.70 lakhs. Aadish's son has paid a little bill somehow, but due to lack of Ayushman card, they are unable to get relief in treatment.
Case 2- The father of Jitendra Kumar, a resident of Kolar Road, is suffering from cancer. He is being treated with the gas victim's card. Jitendra says that a few months ago he was asked to get the Ayushman card made, when the entire ID was checked, it came to know that my father and my family are not eligible for Ayushman Scheme. Now in such a situation, financial crisis has arisen in front of us for treatment.
Will be treated by Ayushman: Gas Relief Department
On the note sheet of the Estimate for the treatment of gas victims suffering from serious diseases, it is being written by the Gas Relief Department that according to the resolution passed in the cabinet on January 18, 2022, the gas victims will be treated with Ayushman scheme up to Rs.5 lakh. But due to lack of clear orders with the hospitals in this regard, treatment is not being done. Many gas sufferers are troubled by this.
Will be discussed on issues on January 28 in EC meeting
Anurag Choudhary, CEO of Ayushman Bharat Niramayam MP, says that all these issues will be discussed in the EC meeting to be held on January 28 regarding card making and treatment of gas victims. Here, departmental sources hoped to get relief for gas victims of serious diseases after this meeting.