I don-t make films to give message - Anubhav Sinha 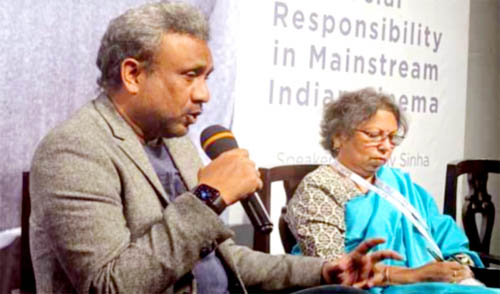 Anubhav said, "What do we mean by society? I had neighbours of different languages ??and religions in Mumbai and while studying at Aligarh Muslim University. The issue of responsibility in intellectual practice is bound to come up in the context of mainstream cinema as we tagged Bengali, Tamil, Telugu, Malayalam, Tamil, Telugu all as regional. That is why Hindi films are still established as mainstream."

Sinha further added, "in this age of digital technology, the concept of globalization is so fascinating. Now we get an idea of ??what it means to be a society."

'Mulk', helmed by Anubhav has been filmed at KIFF as a tribute to Rishi Kapoor. "I met Rishi Ji for the first time when I was making Mulk., that was the first occasion when I had met Rishi Kapoor. Later, when he became sick, I was in touch with him constantly. Missing him today here so very much", said Sinha who also made more socially responsible films like 'Article 15' and 'Thappad'.

He also added, "I don't make films to give a message. I try to make films on issues and feel contented if that intrigues a discussion across society."

On the ongoing farmers' movement in the country, Sinha said, "I feel terrible. No one should die for any cause".