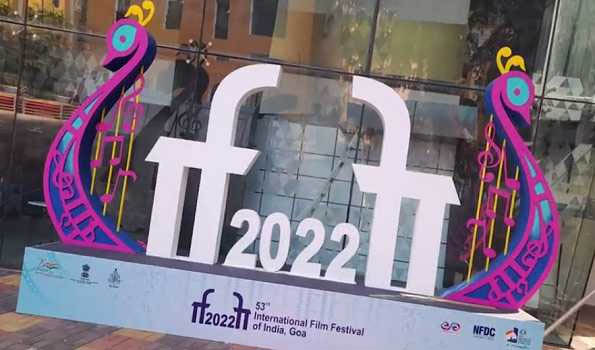 Panaji, Nov 20 (UNI) The 53rd edition of International Film Festival of India (IFFI) is set to be kicked off in Goa today.

The opening ceremony of the festival will be held at Dr Shyama Prasad Mukherjee Indoor Stadium at Taleigao near the city in the evening.

Opening ceremony will see many cultural performances featuring top film celebrities from across India and will also include music and dance groups all across the globe. Among them - a stellar flamenco performance by artists from Spain.

The theme of the opening ceremony is “Evolution of Indian Cinema in the last 100 years”.

The Austrian film, Alma and Oskar, directed by Dieter Berner, will open the festival, an official statement said.

One of Asia’s oldest film festivals is set to open with Austrian Director Dieter Berner’s Alma and Oskar.

A total of 280 films from 79 countries are to be screened during the 8 day long festival.

Elaborate security arrangements have been made for preventing any untoward incident.

As many as 320 police personnel are to be deployed on the day of inauguration of the festival, a state government official said.

Goa Chief Minister Pramod Sawant has urged festival delegates to explore Goa as well even while they enjoy the best movies selected from across the world.