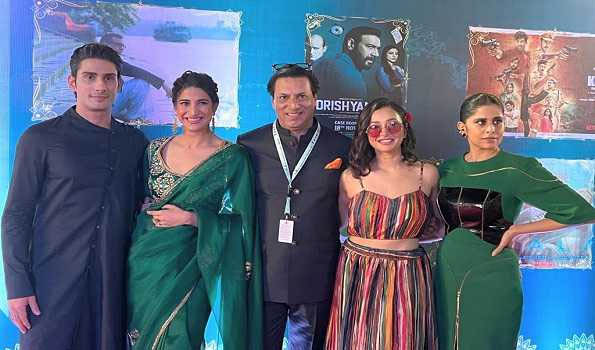 The cast and the crew of the film received a stupendous response at the credible film festival further bolstering the film’s credibility and hype.

The 53rd edition of IFFI is seeing many renowned films make their debut including ‘India Lockdown’. Bhandarkar along with the lead actors, Shweta Basu Prasad, Aahana Kumra, Prateik Babbar and Sai Tamhankar received a standing ovation for their earnest work in the film. ‘India Lockdown’ is one of the most awaited films of the year and India’s first feature film on Covid pandemic.

Bhandarkar said, "This was India Lockdown’s first public screening and the thunderous response from the festival goers have uplifted my spirit. The performances of all actors have been applauded and this has given me an assurance that India Lockdown will be loved by people world over as it is real, relatable and raw. Lockdown was struggle for everyone, but certain stories had to be narrated and documented.”

“The movie is a product of my observations and portrays those untold stories that showcase a different side to human emotions – from uncertainty and anxiety to loneliness and survival instincts. I cannot wait for the world to see it on ZEE5 on December 2,” he added.

ZEE5 will premiere it on December 2.