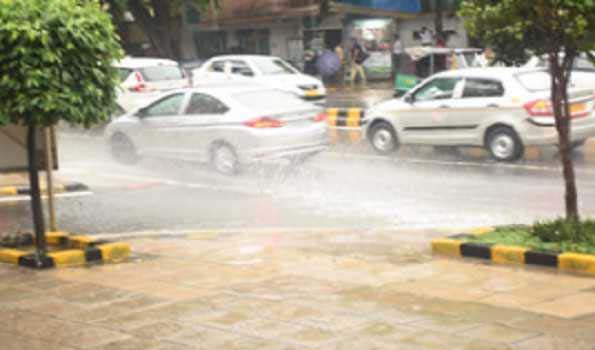 New Delhi, Sep 1 (UNI) The India Meteorological Department (IMD) on Wednesday issued an orange alert for Delhi-NCR as heavy rains continued to lash the National Capital and its adjoining areas leading to waterlogging in several places.

As per the Met department, rainfall in the National Capital is set to continue throughout the day.

'Thunderstorms with moderate to heavy intensity of rainfall would occur over most places in the National Capital Delhi and other adjoining regions in the national capital region (NCR)," said the IMD.

The weather department has predicted rainfall from September 1-4 , including thunderstorm on September 6 in the National Capital region, after Delhi-NCR recorded 144.7 mm rainfall till August 30.

As per IMD data, this is around 31 per cent below the normal average of 209.4 mm for the month of August.

According to the IMD, the area which might see heavy rainfall later in the day in Delhi are Lodi road, IGI airport, and other adjoining areas.

Delhi has been experiencing heavy rainfall since Tuesday morning, causing severe waterlogging and traffic snarls across the city.

The movement of people, mostly office-goers and vendors, got affected due to the downpour, restricting citizens to their homes on a working day.

"Obstruction in traffic at Azad Market Subway towards Pratap Nagar due to waterlogging. Kindly avoid the stretch, it said.

According to the IMD date, 028.0 mm rainfall has been recorded in Safdarjung area and 27.5 mm rainfall registered in Pulam till 830 hrs.

Surface winds were moving towards southerly with a speed of nearly 14.7 kilometers per hour,” it added.