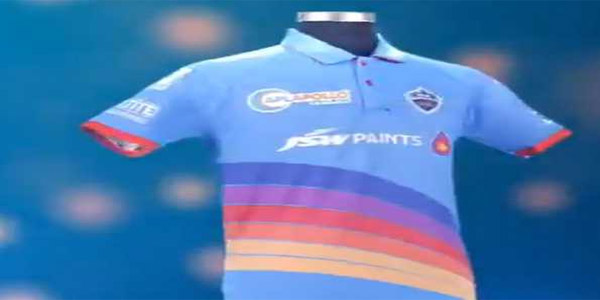 New Delhi, (UNI) Delhi Capitals players will don a specially designed JSW Paints branded jersey in their fifth match of the ongoing IPL 2020 against Royal Challengers Bangalore, to be played at the Dubai International Cricket Stadium on Monday.

JSW Paints, part of the JSW Group, has partnered with Delhi Capitals for Monday's game.

'The JSW Group has played a crucial role in the development of Indian sports over the last few years. Our team will proudly don the JSW Paints jersey for the game against RCB not only in support of the group’s tremendous contribution towards Indian sports but also to endorse the message of unity,' said Dhiraj Malhotra, CEO of Delhi Capitals.

'The JSW Group sees this as a tremendous opportunity to showcase our brand JSW Paints that celebrates the diverse colours of our country and encourages India to embrace every colour. The association is aligned with the overall brand narrative which is all about unity and inclusivity,' Parth Jindal, Managing Director of JSW Paints said.

The Shreyas Iyer-led team has done very well in the IPL 2020 and won three out of the four games so far. They are currently placed at the second spot in the points table.