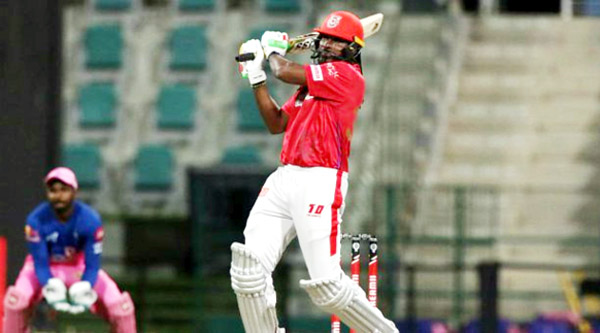 After losing opener Mandeep Singh early for a duck in the very first over scalped by Archer, Gayle and Rahul added 120 run stand for second wicket taking Punjab score to challenging 185.

After Rahul's departure Pooran and Gayle put another valuable 41 runs for third wicket, but Pooran became second victim of Stokes in 17.6 over.

Gayle who hit Archer for a six in last over third ball was bowled in very next ball falling one run short of his century scored brilliant 99 off 63 balls which included 6 fours and 8 sixes.

Deepak Hooda 1 and Maxwell 6 remained not out.