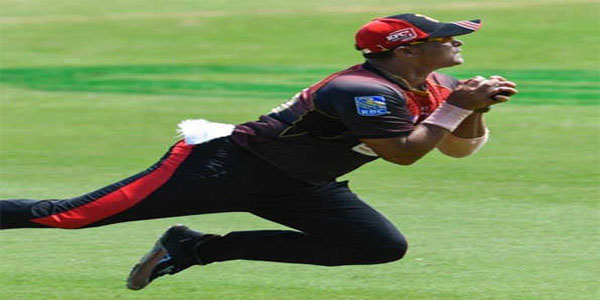 Tambe, who made his IPL debut back in 2013, was picked by the KKR at a price of RS 20 lakh at the IPL 2020 auction last year. However, he was barred from playing the IPL by the BCCI as the spinner took part in a foreign T10 league in 2018.

However, the 48-year-old Tambe went ahead and played for Trinbago Knight Riders in the Caribbean Premier League 2020 and became the 1st Indian player to feature in the T20 league.

Speaking on KKR's Instagram page, CEO Venky Mysore said the Trinbago Knight Riders loved Thambe's enthusiasm and it was on popular demand that he was added to the KKR support staff for IPL 2020.

"Pravin Tambe has been a revelation, again. For some like Tambe, at his age and this stage of his career, using the word revelation is a bit strange. But every time he gets on the field, even when he doesn't, when he is not playing, he is the first out, running with drinks, saying something, coming to the boundary line, dropping off drinks and having a word of encouragement," Mysore said.

"TKR boys absolutely loved him because of his positivity, nature and enthusiasm. As the coaches were saying, he's the first one who will get on the field, do his sprints run and put some of the youngsters a little bit to shame.

On popular demand, it was decided that he should come and join just here and be part of the set-up and help the team. Some of the enthusiasm he brings is unbelievable,' he added.

Tambe made his IPL debut in 2013 at the age of 41 for Rajasthan Royals. Tambe has played 33 IPL matches and has 28 wickets at 30.46. He has not played in the Indian T20 league since 2016 wherein he represented the Gujarat Lions.