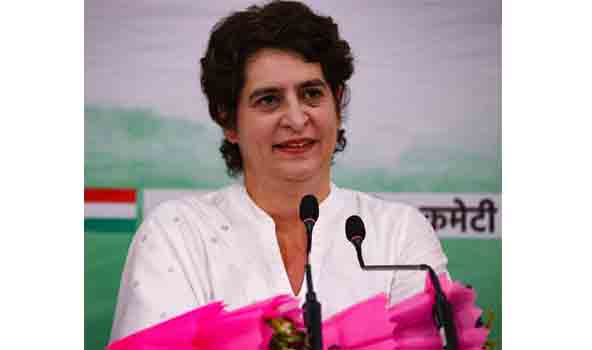 Lucknow, Oct 21 (UNI) After announcing 40 percent reservation for women in allotment of party tickets in Uttar Pradesh assembly polls, Congress general secretary Priyanka Gandhi Vadra has announced a big sop for the girls students, if party comes to power in the state .
In a tweet on Thursday morning, Ms Vadra said," Yesterday I met some girl students. They told that she needs a smartphone for reading and security."

Earlier on October 19, Priyanka in a press conference in Lucknow announced to reserve 40 per cent seats for women candidates.