In times of despair, Amogh comes up with hope song 'Fight It Together' 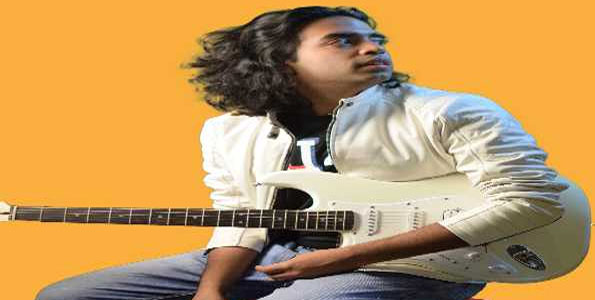 In the times of this global pandemic, when the whole world is fighting unitedly against Novel Coronavirus, Indian-American music composer Amogh Agarwal has come up with 'Fight It Together,' a hope song, which talks about supporting the daily wagers, paying tribute to the frontline workers and imparting a sense of relief among the people around the globe.

Conceptualised by the duo Amogh Agarwal-Amaan Shah, the song, which was composed 100 per cent online, as Amogh was in New York and Amaan in Dehradun, intends to bring a message of hope and peace to the world, especially to the people in India.

In a telephonic interview, Amogh told UNI how he felt an inherent connection with the song.

'I was in New York when COVID-19 was declared a global pandemic. At that time, Amaan was in Dehradun and we were actually working on a different song. In a couple of weeks, the Corona situation worsened around the whole world and Amaan came up with a short demo for Fight It Together.

'I felt an inherent connection to the song because I was in the country, which was soon to become the epicenter of the virus. The issue was sensitive and we didn't want to just make any song. Hence we had a thoughtful discussion and decided to develop this. Our intention was to make a financial, as well as emotional impact through our music,' Amogh said.

'Supporting the daily wage workers, paying tribute to the frontline workers and imparting a sense of relief among the people of the country were our main goals. Everybody in the country was trying to provide relief in the best way they could.

'As artists, we felt the best thing we could do was to create art in order to bring awareness and support the people in need. Fight It Together is nothing, but our heart's reaction to the pandemic,' he added.

The song has been used as the title track for a short film called 'Love Can't be Locked Down'. The film is directed by Los Angeles-based Director Naman Gupta and produced by New York-based, award-winning filmmaker Vijay Kumar Mirchandani.

Fight It Together
Amogh Agarwal