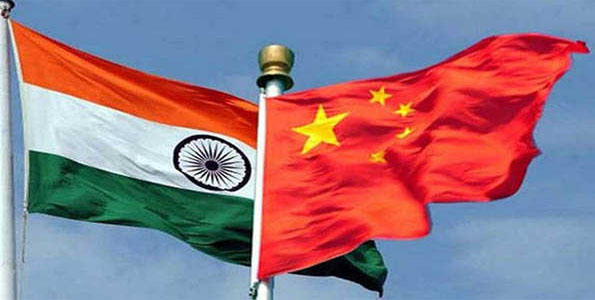 New Delhi, (UNI) India and China on Tuesday agreed to disengage from all friction points in Eastern Ladakh, including Galwan Valley while Army Chief Gen MM Naravane took stock of the security situation in Leh.

'There would be gradual de-escalation and the forces will move back (to) a particular distance in all areas of friction. This would be different for each location,' sources in the Defence establishment said.

Besides Galwan valley where the Indian and Chinese forces agreed to disengage are the areas of Hot Spring and Pangong Tso.

The level talks between India and China were held at Moldo in a cordial, positive and constructive atmosphere.

"There was a mutual consensus to disengage from all friction areas in Eastern Ladakh and the modalities for the same were discussed. It will be taken forward by both the sides", said the Defence sources.

Chinese Foreign Ministry Spokesperson Zhao Lijian also confirmed that Chinese and Indian military commanders held a second meeting on June 22, the first after the Galwan Valley region incident on June 15. The meeting shows that China and India are willing to resolve differences, handle the situation and de-escalate tension through dialogue and consultation, Mr Zhao said at a press briefing in Beijing.

"At the recent meeting, both sides exchanged frank and in-depth views on issues related to current border control. And both sides agreed to take necessary measures to ease the situation. The two sides also agreed to maintain communication and work together to promote peace in the area," the Spokesperson added.

The military level talks between India and China at the Corps Commander-level ended on Monday, after almost 11 hours of marathon meeting, to resolve the border stand-off. The meeting began at 1130 hrs and ended at 2230 hrs.

During the meeting, India raised the issue of the violent face-offs in the Galwan Valley on June 15 that led to killing of 20 Indian soldiers and injuries to several others. Steps will be taken by both sides to ensure that such incidents do not recur.

From Indian side, Leh-based 14 Corps Commander Lieutenant General Harinder Singh attended the meet, while South Xinjiang Military District Commander Major General Lin Liu represented the Chinese side. The meeting was held at Moldo Border Personnel Meeting point on the Chinese side of the LAC.

This was the second meet at Lt Gen-level since border tensions erupted in May. The last meeting was held on June 6 at the same meeting point.

Senior officers in Leh briefed the Army chief on latest developments along the Line of Actual Control (LAC) and progress in military dialogue with China. According to sources, Gen Naravane interacted with the soldiers and also visited the injured Jawans in the hospital there.

This is Gen Naravane's second visit, since the border stalemate between India and China and first after brutal face-offs between troops of India and China in the Galwan Valley.